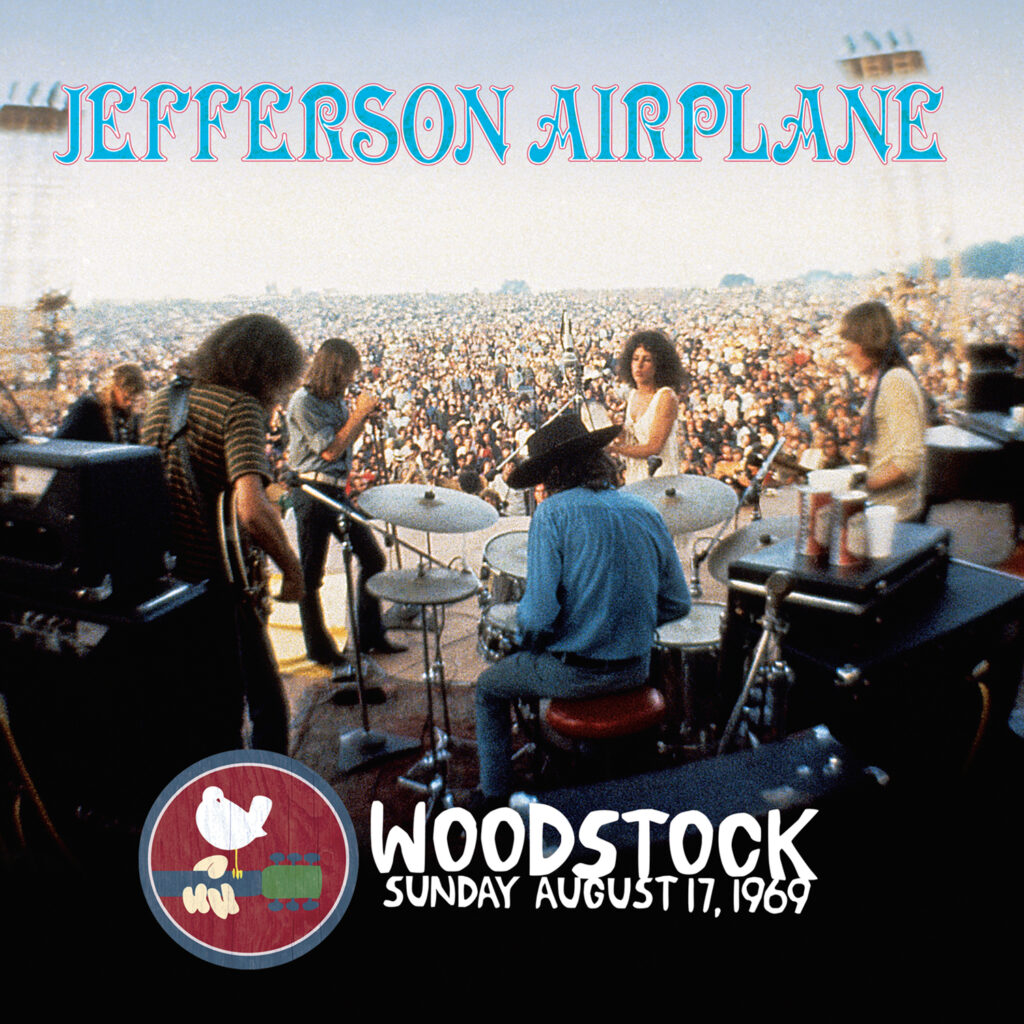 June 27, 2019 by JeffersonAirplane Jefferson Airplane, Woodstock
At the muddy miracle that was Woodstock, the most miraculous performance just might have been Jefferson Airplane’s. The band had been one of the first to sign on for the festival, their imprimatur prompting many other acts to hop on board, and their stature had landed them a coveted headlining slot closing Saturday night’s schedule. But, as the torrential downpours and the unexpected crush of half a million people kept on delaying their set, the chances of putting on anything approaching a quality performance seemed to diminish. According to Paul Kantner, “We were supposed to go on at 10:30 at night and we’d been up and down about four or five times on acid that night, getting ready to go on, and then everything was delayed for whatever reasons. So, we didn’t get on until like 7:00 the next morning and everybody was pretty much burned out.”
Kantner’s protestations to the contrary, the Airplane (with guest pianist Nicky Hopkins in tow) played a scorching two-hour set that defied the elements and the circumstances. Grace Slick led the charge as the band plunged into a frenetic version of Fred Neil’s “The Other Side of This Life”: “Alright, friends, you have seen the heavy groups. Now you will see morning maniac music. Believe me, yeah. It’s a new dawn!” What followed was an adventuresome (and surprisingly tight) set that not only featured the band’s big hits like “White Rabbit” and “Somebody to Love” but also premiered songs from the Volunteers album that was still three months away from being released, including a 21-minute version of “Wooden Ships!” Indeed, about the only members of the crew who weren’t up to snuff were the ones filming the concert documentary, which explains why the Airplane is not one of the acts that commonly come to mind when thinking about Woodstock; they didn’t appear in the film due to subpar footage, and only one of their songs (“Volunteers”) was included the chart-topping 3-LP Woodstock release.
Now, on the 50th anniversary of the most famous concert festival of all time, Real Gone Music is proud to present, for the first time ever on vinyl, Jefferson Airplane’s complete Woodstock performance. The 3-LP set comes inside a gorgeous, double-gatefold jacket sporting photos of the band at Woodstock, most of them taken by the legendary Henry Diltz; liner notes by folk-rock guru Richie Unterberger complete the package. Pressed in “New Dawn” blue vinyl limited to 1000 copies, this 50th Anniversary Edition makes a convincing claim that Jefferson Airplane’s Woodstock performance ranks right up there with those of Jimi, Sly, and Santana as a festival highlight.
Available August 9, 2019